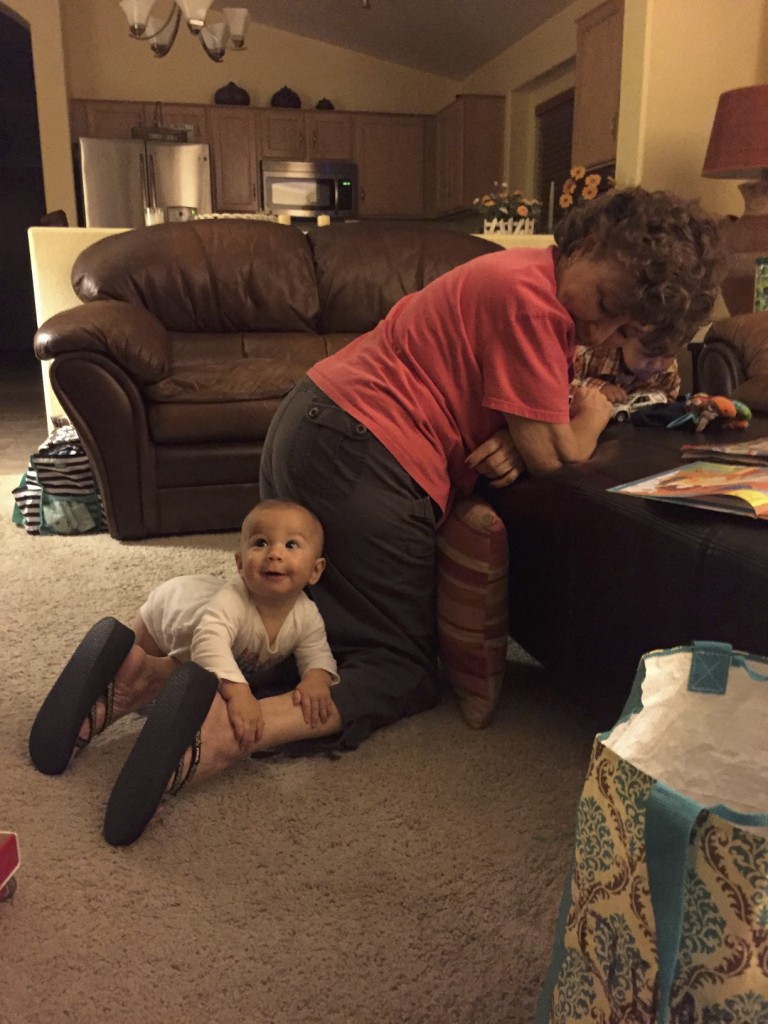 Yesterday, Sam crawled. We’ve been trying to get him to do it for some time now, but he’s just been army crawling everywhere. We joke that he sounds like a zombie baby dragging himself around the house. He’s super speedy at it and can turn 180 degrees in a second. So, now that he’s actually crawling we have to watch out! He’s a crawling machine. The sweetest part of it all is that he crawled for the first time to his brother. Ugh, my mama heart BURST! Teddy has been so sweetly encouraging Sam to crawl and being so patient with him. To see both of their hard work pay off was such a joy to see. They both were delighted.

The most sad/funny thing is when Sam crawls and cries. He looks totally defeated. And then when he gives up and lays on the floor crying it’s so cute and pathetic. Now, before you go thinking I’m the worst Mom for letting my kid cry like that — I’m not. This kid wants me to hold him, nurse him, rock him… All the time! Which means that when I put him down I have a crying, crawling, mess of a child. He’s so adorable when he does it though. I can’t bring myself to let it carry on too long before I’m scooping him up while the toddler is either wrapped around my leg, pulling my pants down, or trying to scale me like a mountain.

We official have a mobile baby on our hands and now our whole lives change! Vacuuming the carpets every day is a must. This kid puts everything in his mouth. Alex says he’s better than a Roomba.